‘You swam the five oceans and want to climb the seven summits with the hijab on?’ one popular question I get asked frequently. People either think I am daring or ridiculous to opt for solo travel, but my love for challenges stems from my individuality, my identity, and my upbringing.

I grew up trilingual in a mixed household; my mother is of African, European and Arab descent while my father is Arab from a dominant ruling tribe. Growing up speaking Arabic, English and Swahili gave me a different sense of belonging. I was immersed in different cultures, which were similar in ways and different in others. Being multilingual meant that my perspective of beauty differed from those around me. With an outlook of accepting differences and coming together instilled within me, I was eager to learn and explore. Although transitioning between languages proves tricky at times, it is a fitting description of me; passionate about numerous social causes at once.


However, life was not all made of fairy dust and roses. Right after high school, I found myself in a polygamist family when my father married three women. Regardless of its negative connotation, the disbelief, and difficult adjustments thereafter, it was a blessing in disguise. I knew the meaning of a phenomenal woman from this messy debacle.

My mother decided to pick herself up and dust off the shock by beginning a new life at 42. During the time, I supported my family by working and studying at the same time while she enrolled in night school. Despite the difficult adjustment, my mother became the woman I aspired to be. The strong go-getter who never takes no for an answer. She ended up landing a job as a public servant and now assumes a leadership role by heading an entire department.

Going through this debacle made me realize the power of proving people wrong. I started growing more and more fascinated by the word ‘no’ which was all the rage within the men in my family, society and country. The word ‘no’ was my trigger to do better, to prove once and for all that I am capable of doing what men can if not better than them. Being a woman is tough and hard in my part of the world. As you grow up, you realize that you don’t share the same equal rights that you hear being preached all over. Now add to that being a mixed hijabi young woman and it makes the equation a lot tougher than it already is. At times, I feel like giving up and just quit what I aspire to do because of being undermined. But then, I remember my mother who despite all that society told her to be; not finish higher education, quit her job to raise her kids, and cover up for a jealous husband, endure an unfaithful marriage, come out to the other side stronger than ever. Her story is my motivation when I can’t go on any longer.

Her story is my fuel to my fire.

Who are we but the accumulation of small defining moments? Those twists and turns remain my motivation every morning to make a difference, defy the odds, and set precedent; even if I get labelled an illogically fearless hijabi woman. It is well worth it! 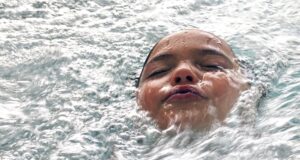 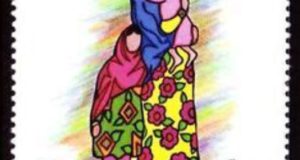