Oman: Writer and civil activist Musallam Al-Ma’ashani must be freed

On 14 November 2019, security forces arrested Al-Ma’ashani at the Sarafit border crossing with Yemen while he was returning to his home country Oman. He was transferred to Arzat Central Prison in Salalah, Dhofar Governorate where he was prevented from seeing a lawyer and was denied access to medications for his eye as well as allergies, which he needs to take daily.

Local sources reported that Al-Ma’ashni began a hunger strike once the authorities imprisoned him last week and that his arrest was linked to his documentation of the events of the Al-Hakali forum.

He was previously taken to court in 2013 after publishing a book titled “Dhofar: The Diary of February 25.” Although he did not print or distribute it in Oman, he was tried for his book, which includes three chapters on the 2011 mass popular protests in Salalah, which resulted in a large-scale campaign of arrests. The book documents the events during the protests in pictures.

At a hearing held on 29 May 2013, the Salalah Court of First Instance sentenced Al-Ma’ashani to prison on two charges: distributing publications without a license, and writing publications that incite hatred and spread discord among members of society. The court sentenced him for the first charge to five months’ imprisonment and a fine of 500 Omani Rials (US$1,300), and for the second charge to six months’ imprisonment and a fine of 500 Omani Rials. The two sentences were combined and the heaviest was imposed. The prison sentence was reduced to just two months with a bail of 500 Omani Rials and his publications were ordered to be confiscated.

Al-Ma’ashani is a well-known writer and 60-year-old civil society activist. He is known for his demand for the protection of public freedoms in Oman, including freedom of opinion and expression and freedom of peaceful assembly.

GCHR and OAHR express their deep concern over the detention of writer and activist Musallam Al-Ma’ashani and condemn his arrest and incommunicado detention as well as his unfair trial and sentence.

GCHR and OAHR urge the authorities in Oman to:
Release Musallam Al-Ma’ashani and drop all the charges against him immediately without any conditions;
Stop targeting Musallam Al-Ma’ashani, as he has been charged in violation of his right to free expression;
Guarantee the physical and psychological integrity and security of Musallam Al-Ma’ashani; and
Guarantee in all circumstances that all human rights defenders in Oman are able to carry out their legitimate human rights activities without fear of reprisals and free of all restrictions including judicial harassment.

GCHR and OAHR respectfully remind the Omani authorities that the United Nations Declaration on the Right and Responsibility of Individuals, Groups and Organs of Society to Promote and Protect Universally Recognized Human Rights and Fundamental Freedoms, adopted by consensus by the UN General Assembly on 9 December 1998, recognizes the legitimacy of the activities of human rights defenders, their right to freedom of association and to carry out their activities without fear of reprisals. We would particularly draw your attention to Article 6 (c): “Everyone has the right, individually and in association with others: (c) To study, discuss, form and hold opinions on the observance, both in law and in practice, of all human rights and fundamental freedoms and, through these and other appropriate means, to draw public attention to those matters;” and to Article 12.2, which provides that “the State shall take all necessary measures to ensure the protection by the competent authorities of everyone, individually and in association with others, against any violence, threats, retaliation, de facto or de jure adverse discrimination, pressure or any other arbitrary action as a consequence of his or her legitimate exercise of the rights referred to in the present Declaration. 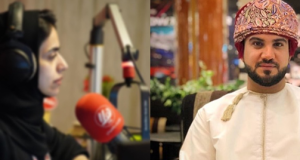